BACKGROUND: Hysterectomy is the most frequently performed major gynaecological operation worldwide. Globally, over 1.2million women undergo this surgery annually. This has led to a major controversy that hysterectomies are being performed for unnecessary reasons.

OBJECTIVES: To determine the prevalence and outcome of hysterectomies in Aminu Kano Teaching Hospital.

METHODOLOGY: It was a retrospective study of the hysterectomies done at Aminu Kano Teaching Hospital, between 1st Jan 2015 and 31st Dec 2016.

RESULTS: The prevalence of hysterectomy was 18.18%. The mean age at hysterectomy was 48.38 + 10.7yrs. The rate of hysterectomy was highest amongst grand multiparous women, the mean parity was 5.9 + 3.3. Symptomatic uterine fibroid was the leading indication for hysterectomy accounting for 29.8%. Most of the hysterectomies were performed via the abdominal route. The ratio of abdominal to vaginal approach was 4.9:1. The most common complication was haemorrhage. Two out of the 47 patients died giving a mortality rate of 4.3%. The average duration of surgery was between 1 and 2 hours (81.5%). The average estimated blood loss was less than 500mls. The histological diagnosis corresponds with the preoperative diagnosis in 72.7% of cases.

CONCLUSION: The rate of hysterectomy in this study was high, the outcome was good with low mortality rate. Effective medical and conservative management for benign conditions of the uterus should always be considered and hysterectomy should only be done when strictly indicated. 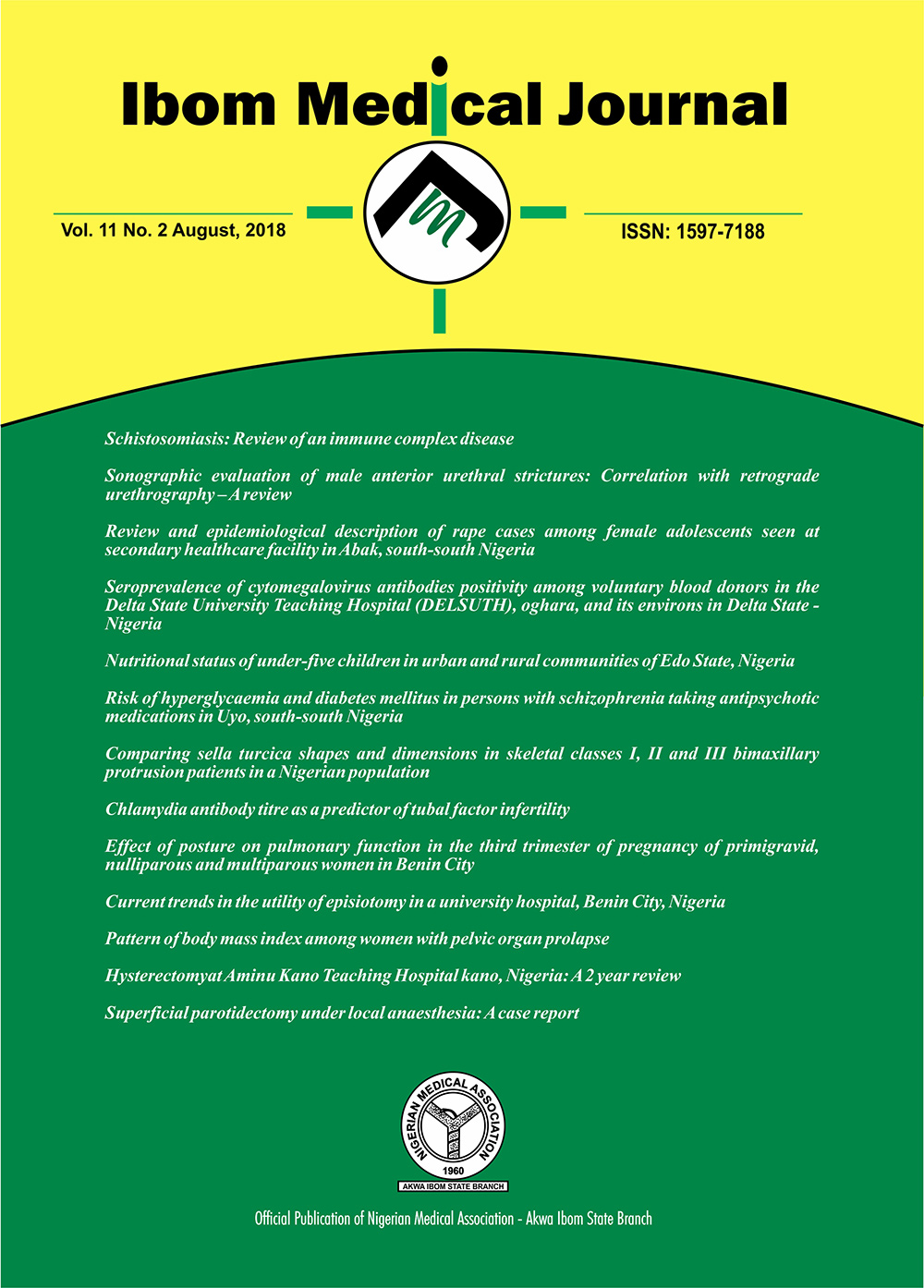