Background: Group B Streptococcus (GBS) is one of the common microbial agents causing urogenital infections in women of reproductive age especially pregnant women; it is also a common cause of neonatal infections in the world. Objective: To determine the prevalence and associated risk factors of GBS colonisation in pregnant women in an Urban Hospital in Nigeria.
Methods: A prospective cross sectional study of 150 pregnant women conducted in an Urban Hospital in Uyo, Nigeria between May and October 2013. Vaginal and anorectal swabs were collected from each participant and processed using standard microbiological methods and cultured on CHROMagarTM Strep B medium. Questionnaires for data were also used. Results: The age range of the participants was between 18 to 44years. Only 2 out of the 150 pregnant women were GBS carriers. The 2 women (1.33%) were found to be anorectal carriers, although 1 (0.67%), in addition had vaginal GBS. There was a statistically significant association between GBS colonisation and premature rupture of amniotic membranes (P<0.05). However, there was no association between GBS colonisation and risk factors such as age and gravidity.
Conclusions: Group B Streptococcus colonisation in pregnant women in Uyo, Nigeria, is associated with premature rupture of amniotic membrane. 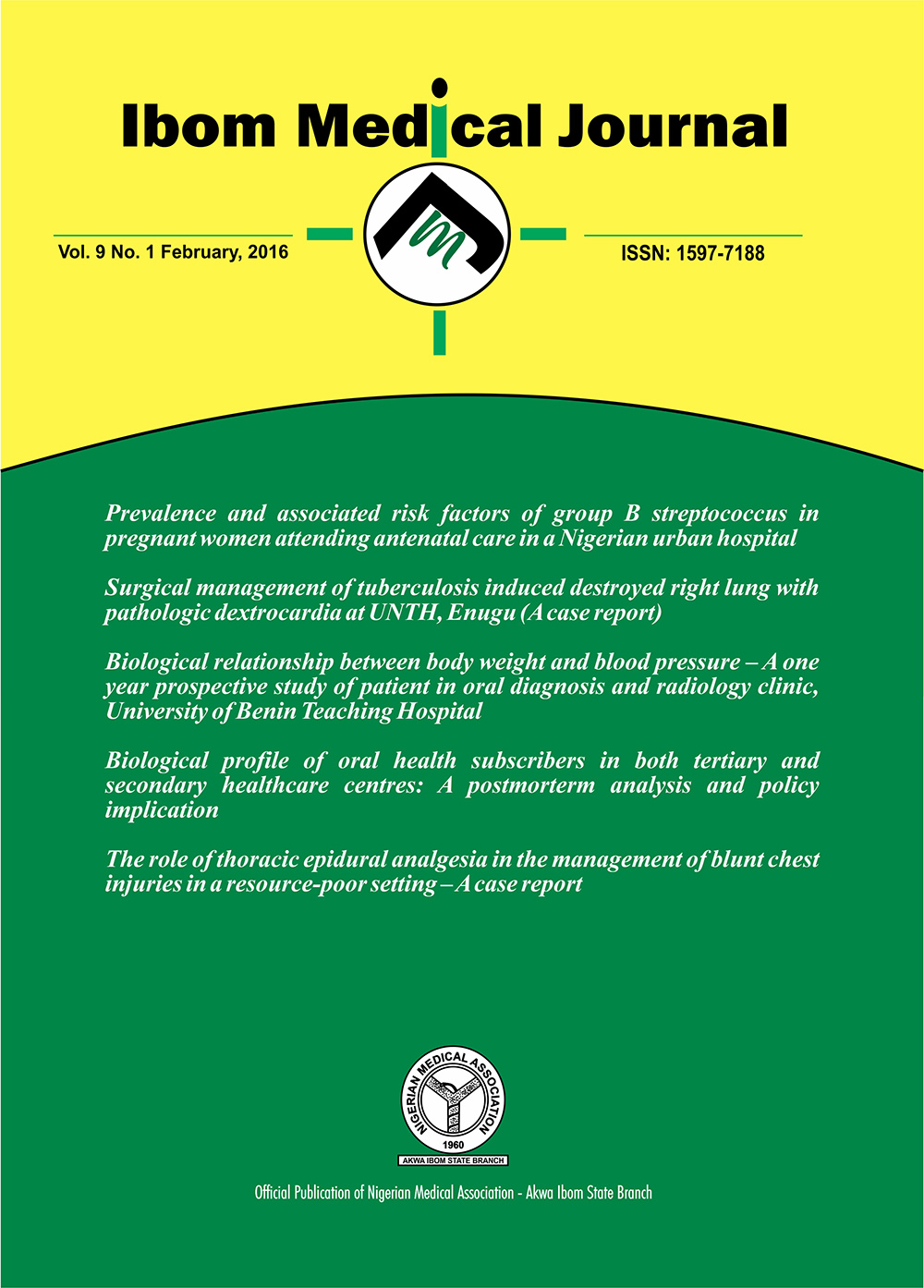