Acquired immune deficiency syndrome (AIDS) is a disease of the human immune system caused by the Human Immunodeficiency Virus (HIV). Drugs like lamivudine, zidovudine, nevirapine are used in combination as highly active antiretroviral therapy to reduce viral load to undetectable level and improve immunity and prolong survival of patients. However, these antiretroviral drugs are associated with numerous side effects that may be severe and affect patients. Folic acid belongs to the family of medications called vitamins, it is required for healthy skin, hair, liver, nervous system function. The objective of this study was to investigate the effect of Douvir–NTm on the histology of the kidney of adult wistar rats. and the effect of of its combined administration with folic acid. forty albino Wistar rats weighing between 120g – 260g body weights were randomly divided into four groups (10 rats/group). Group A served as control group and received 1ml of distilled water, while rats in group B received 9.29mg/kg bodyweight of Douvir–NTM , Rats in group C received a combination of 9.29mg/kg of Douvir–NTm.  and 0.07mg/kg of folic acid, rats in group D received 0.07mg/kg of folic acid. At the end of the experimental period, that lasted for 30 days, animals from each group were sacrificed and the kidneys were carefully removed and weighed. Administration of 9.29mg/kg body weight of Dourvir–NTm   to the rats in group B showed distorted glomerulus, narrowed Bowman's space and dilated renal tubules. Combined administration of 9.29mg/kg body weight of Douvir–NTm and 0.07mg/kg body weight of folic acid to animals in group C showed mild changes in Bowman's space, and renal tubule whereas the administration of 0.07mg/kg body weight of folic acid alone to rats in group D had no effects on the morphology of the kidney when compared with the control. The findings suggest that Douvir–NTm can significantly distort the cytoarchitecture of the kidney which could be ameliorated by combined administration with folic acid. 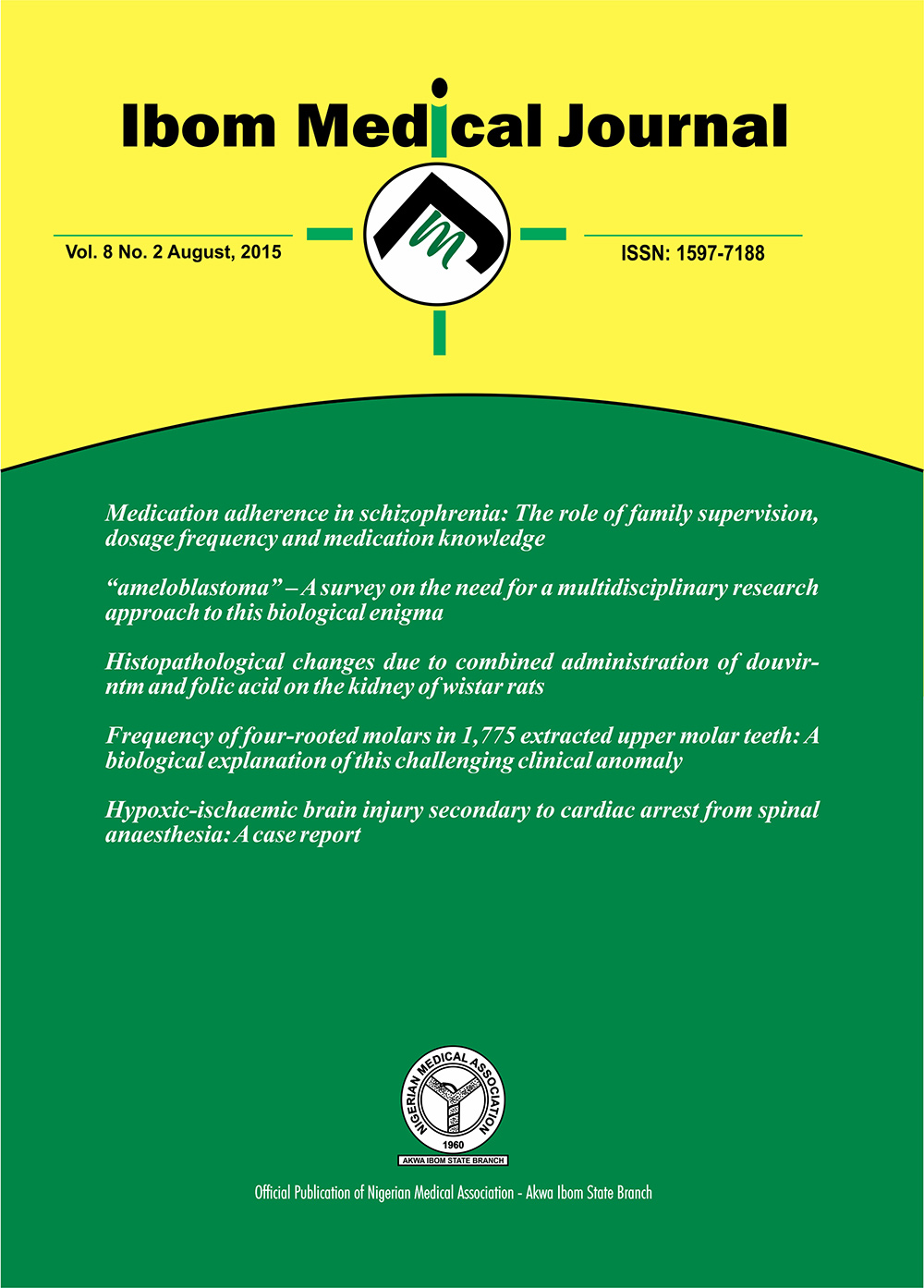